Copyright 2021 - All Right Reserved
Home FINANCE Christina Applegate’s early MS symptoms make it clear that the disease can be mistaken for everyday aches. Here’s what you need to know
FINANCE

Christina Applegate’s early MS symptoms make it clear that the disease can be mistaken for everyday aches. Here’s what you need to know 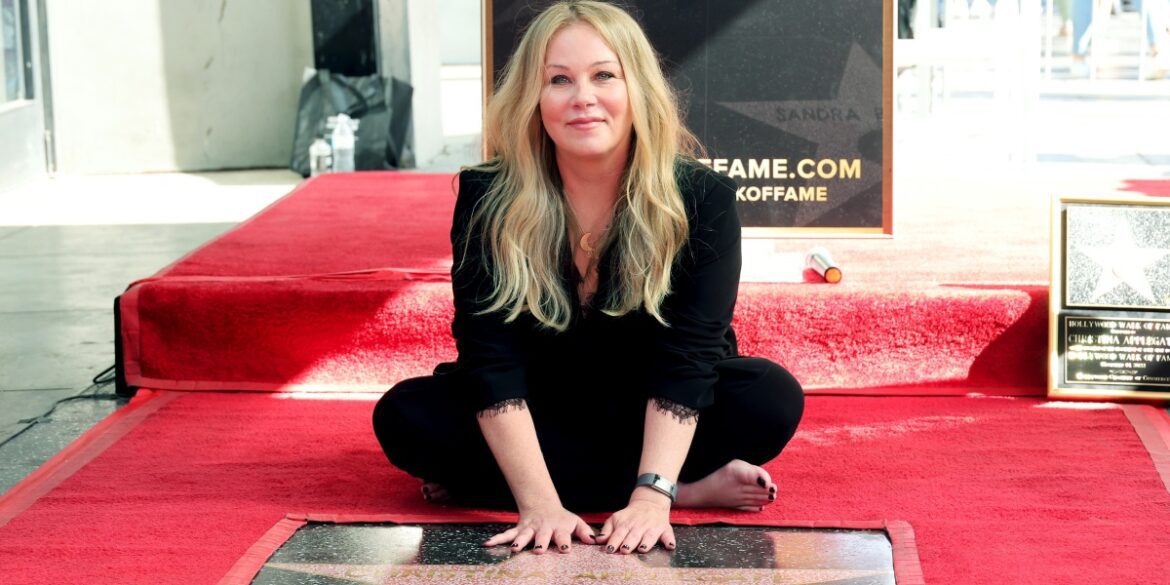 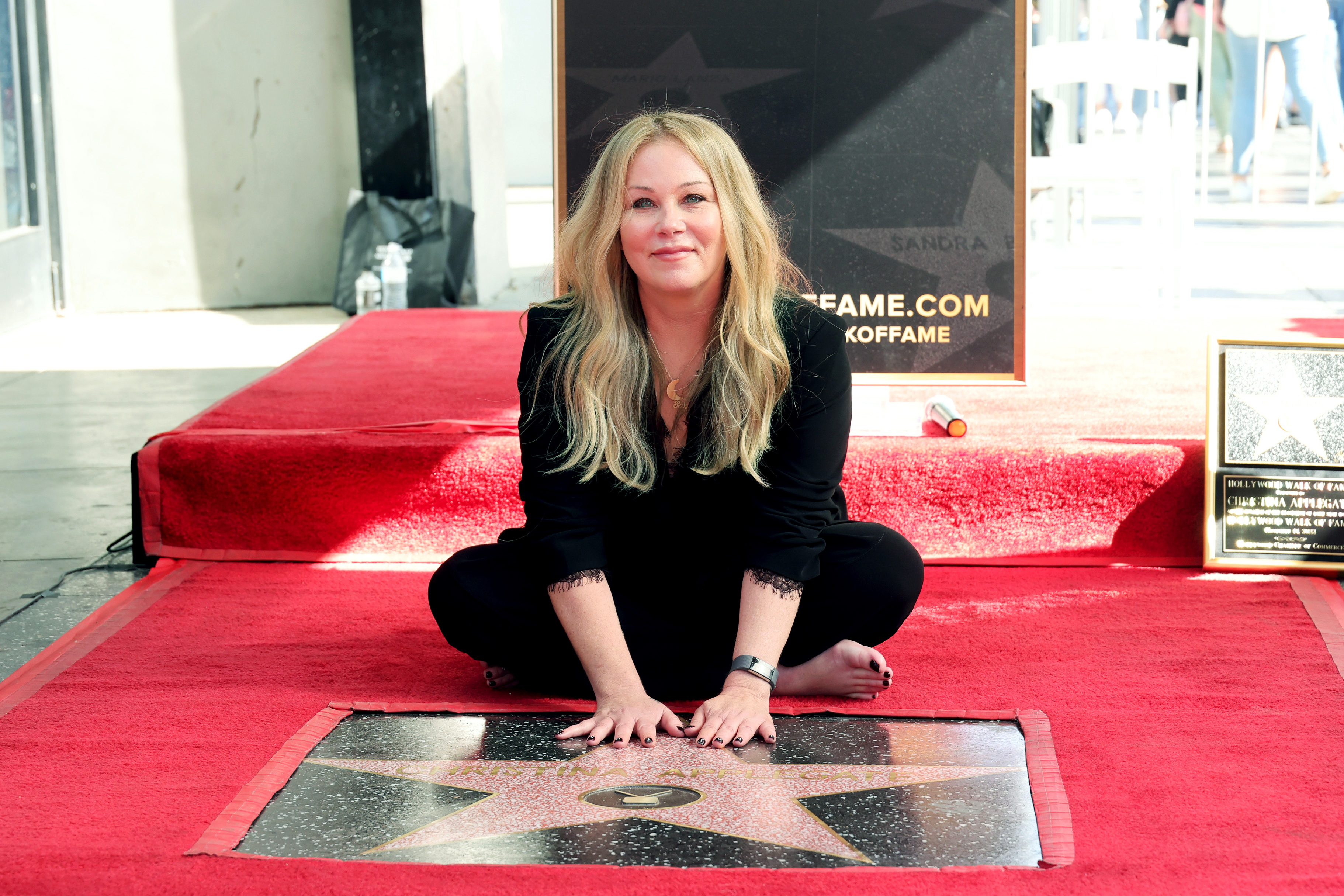 It’s easy to shrug off a bit of numbness in your hand or losing your footing here and there. Unfortunately, as actor Christina Applegate learned in 2021, those usually not-so-worrisome symptoms can sometimes be a sign of something more serious. Applegate was diagnosed with multiple sclerosis (MS) during filming of the third—and what was already to be the final season—of the Netflix show Dead to Me.

Though MS was first defined by a neurologist in 1868, the medical community still doesn’t know what causes it. The disease impacts the central nervous system—the brain, spinal cord and optic nerves. Think of it as the wiring that runs through bodies and drives movement, thought, mood and, basically, everything a person thinks or does throughout their day. Those hits on the nervous system can lead to symptoms both short-term and long-lasting. Each attack on the nervous system leaves behind lesions that, together, tell the story of MS in a person’s body. One isolated symptom doesn’t tell the story of MS. It takes multiple lesions to lead to a diagnosis.

Michelle Tolson understands how overwhelming the words you have multiple sclerosis can be. A dance educator and former Radio City Rockette, Tolson was diagnosed in 2014 when she was 40. She had a blurry left eye so decided to see her doctor. “I thought I had to up my prescription for my reading glasses. It was kind of weird. I equate it to like a disco ball glare,” says Tolson.

Tolson’s doctor said her eyes were fine but when the condition persisted, sent her to a specialist. He sent her for an MRI to see if, perhaps, her optic nerve was inflamed. At 5pm on the following Friday, Tolson was about to go into a bridal shower when she got the call. “It was possible I had MS because they found lesions,” she was old.

And those lesions made it clear that Tolson may have had MS for a decade. But, she says, many of her symptoms were masked as things that dancers go through or that happen as a person ages.

MS symptoms aren’t just specific to that condition. “If you have some numbness and tingling sensation, maybe in your hands, maybe in your arms or legs or in your face, it’s more of just a nuisance. Maybe it’s those new yoga poses I’ve been trying. Maybe it’s that new office chair I’ve been sitting in that’s causing that tingling sensation going down my leg,” says Julie Fiol, registered nurse and associate vice president of clinical innovation and strategy for the National MS Society.

The timeline between a symptom and diagnosis can vary widely. The fastest route to diagnosis is by MRI but it requires a doctor believing that a person’s symptoms may add up to something more than everyday complaints. With research coming out in recent years of how women and people of color are often ignored by doctors, that’s a big problem when it comes to diagnosing MS. For every one man diagnosed with the disease, three women have to learn to live with it. And, though Fiol says the medical community wrongly thought it primarily impacted white people, it’s now clear that it presents equally in white and Black populations.

“There’s a lot of writing off of symptoms. The hysterical woman. Is this hormonal? You just can’t handle the stress of being a new mom or the stress of your career,” says Fiol. “People feeling like they just weren’t being seen.”

Tolson was lucky on that front. Her doctors acted quickly. But the initial diagnosis hit her with “great sadness because MS used to almost always be I was going to be in a wheelchair before I knew it. That’s the way MS used to look. And as a professional dancer and educator, I thought that I was going to lose everything I had worked for my whole life.”

As she learned, MS has more than one face, and research and treatments have progressed far beyond what she knew of the disease.

How does MS progress?

Because there are four different kinds of MS—each with its own level of flare-ups and progression—there’s no single path for people diagnosed with the disease. And the faster people are diagnosed, the better the chance that medical intervention can help stave off the progression.

“Each has different levels of disability,” says Nicole Lemelle, a writer and MS patient advocate who was diagnosed with the disease in 2000 when she was 25 years old. “But the majority of people with MS have a disability or symptoms that are not obvious and never reach the advanced level.”

No matter how the disease presents, Lemelle says it’s essential that all people with MS take control of their own care. “Don’t allow the neurologist to make the decisions for you. Do your homework and go to each appointment with questions. And expect answers. If you are not satisfied with the treatment you are receiving, find another doctor. You may have to go through a few before you locate a suitable match.”

Like Tolson, Lemelle was diagnosed after having vision problems. Her symptoms remained relatively minor for years, mainly fatigue and a slight limp. But at the nine-year-mark, she went through an intense flare-up that put her in the hospital. “I had to learn how to eat, talk, and walk. When I finally made it back home, I was still wheelchair bound. I have still never recovered my ability to walk.”

Now an advocate for other people living with MS, Lemelle also writes a blog to help the loved ones of MS patients understand what they’re going through. “MS can be a lonely and isolating disease,” she says. But with the attention that Christina Applegate and advocates like Lemelle and Tolson are bringing to the disease, hopefully people can get diagnosed and build their support system much faster.

Sign up for the Fortune Features email list so you don’t miss our biggest features, exclusive interviews, and investigations.

This story originally Appeared on Fortune

As remote work gains favor, employees’ relationships to their jobs are in flux: Report

SpaceX’s planned mission around the moon includes a rapper, snowboarder, and a...

Fortune Brainstorm A.I.: On a mission with A.I. and ESG

No comments to show.

All Right Reserved. Designed and Developed by OneAsks.com.

@2022 - All Right Reserved. Designed and Developed by OneAsks.com
Sign In